Carol's Bob (Tug) Wilson's Walk for Kids with Cancer 29-03-2020
The event was cancelled but that didn't stop me from walking around Penrith on the day. I covered 10.47 kms in 2 hours. I will be completing the rest of 27km on my static bike over the nest couple of weeks. I have until end of April to complete k's. See my video below walking the deserted streets. I'm not good at selfies!! Many thanks to those of you have donated to my cause. To date I have raised $1374.00.
https://walk-for-kids-cancer-2020.everydayhero.com/au/carol 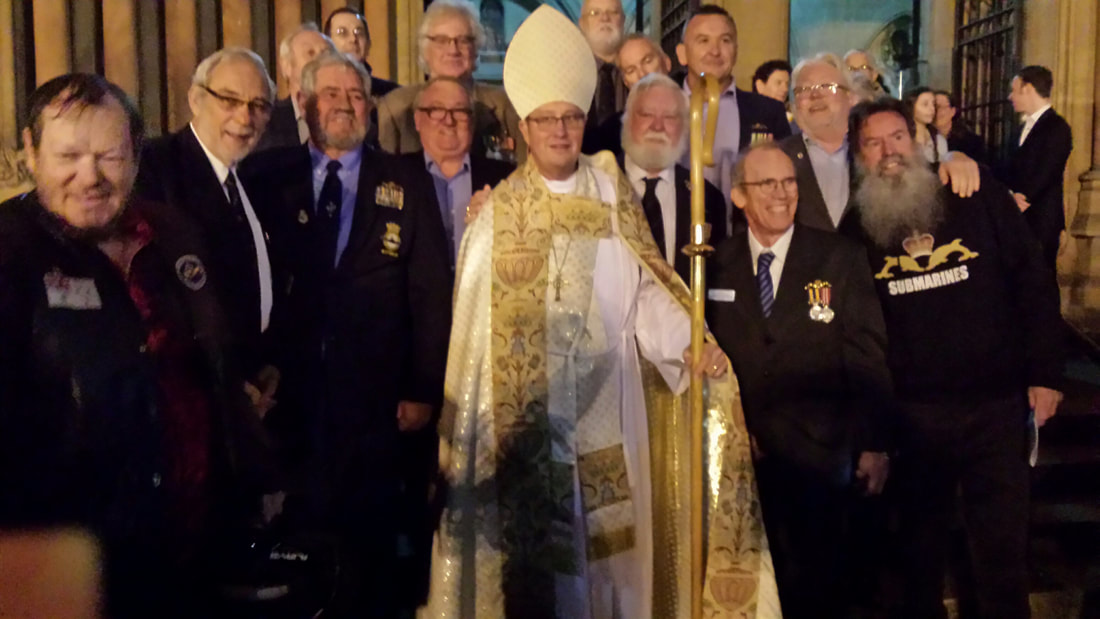 On 16th August 2019, I attended the Consecration of Fr Keith Dalby to Bishop of the Murray Region of SA which was held at St Peters Cathedral in Adelaide, Keith with Submariner mates who attended. 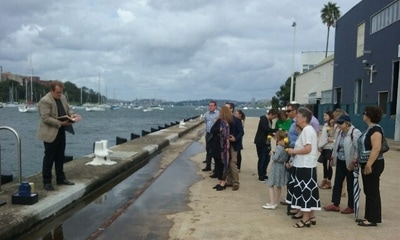 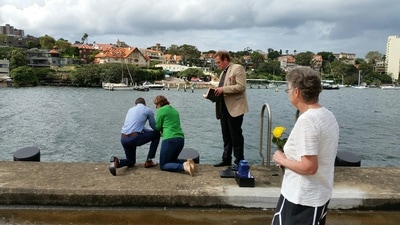 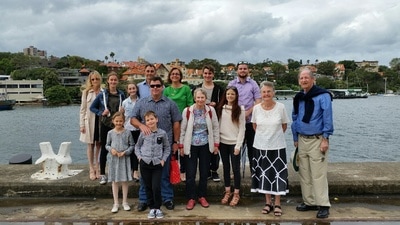 April 2, 2017 was closure for two families when Father Keith Dalby led a short service at HMAS Platypus for the scattering of the Ashes of  POUWSM Bob "Tug" Wilson and LSUWSM Blake (Bruce) Mitchell.

The service had been delayed for some time whilst Carol Wilson sought approval from the SHFT and arranging a date for the families to be able to attend.
There were memories galore as we met on the wharf for the service with swirling winds that made for unpredictable directions when the ashes were cast into the harbour.  Afterwards we had a traditional Tot in the memory of Bob and Bruce.

Fabian has asked if anyone can confirm what submarine his father served on in 1975 as he was christened on the submarine and wants to see if he can locate the bell with his name.

This also was the 9th Anniversary of Bob’s passing.

At the end of each day, commencing at 4.55 pm AEDT, the Memorial farewells visitors with its moving Last Post ceremony. The ceremony begins with the singing of the Australian National Anthem, followed by the poignant strains of a Lament, played by a piper. Visitors are invited to lay wreaths and floral tributes beside the Pool of Reflection. The Roll of Honour in the Cloisters lists the names of more than 102,000 Australians who have given their lives in war and other operations over more than a century. At each ceremony the story behind one of these names will be told. The Ode is then recited, and the ceremony ends with the sounding of the Last Post.

On the first and third Wednesday of each month the Last Post ceremony includes the presence of Australia's Federation Guard. At 4.00 pm a catafalque party mounts a vigil at the Tomb of the Unknown Australian Soldier in the Hall of Memory. There is a change of guard at 4.30 pm, and the entire catafalque party then participates in the Last Post ceremony.

Live stream via webcam To enable anyone anywhere in Australia or overseas to view the Last Post ceremony, it is broadcast live daily via webcam on the Memorial’s website from 4.55 pm AEDT. The ceremony is a memorable occasion, engaging visitors and offering them the opportunity to remember those Australians who have lost their lives in war and to reflect on their service and sacrifice.

Proudly supported by the RSL & Services Clubs of Australia.

How can I find out whose stories are being told? The Last Post ceremony calendar lists the names of those whose stories will be presented each day.

Who can I contact for more information? Requests for further information relating to the Last Post ceremony can be directed tolastpostceremony@awm.gov.au

·         add them to our Australian War Memorial group on Flickr

tell us about them on Twitter; we are @AWMemorial